Los Milagros Hotel offers "small group tours" of 8 or 9 people to some fantastic sites in Northern Chihuahua. We have a modern 12 passenger van for your touring comfort.

We go on a regular basis to the Paquime Ruins in Casas Grandes.

Paquimé, Casas Grandes, which reached its apogee in the 14th and 15th centuries, played a key role in trade and cultural contacts between the Pueblo culture of the south-western United States and northern Mexico and the more advanced civilizations of Mesoamerica. The extensive remains, only part of which have been excavated, are clear evidence of the vitality of a culture which was perfectly adapted to its physical and economic environment, but which suddenly vanished at the time of the Spanish Conquest.

We also visit Mata Ortiz< a unique community of Pottery artists, Mata Ortiz pottery is a recreation of the Mogollon pottery found in and around the archeological site of Casas Grandes (Paquimé) in the Mexican state of Chihuahua. Named after the modern town of Mata Ortiz, which is near the archeological site, the style was propagated by Juan Quezada Celado. Quezada learned on his own to recreate this ancient pottery and then went on to update it. By the mid 1970s, Quezada was selling his pottery and teaching family and friends to make it and the pottery was able to penetrate the U.S. markets thanks to efforts by Spencer MacCallum and later Walt Parks along with Mexican traders. By the 1990s, the pottery was being shown in museums and other cultural institutions and sold in fine galleries. The success of the pottery, which is sold for its aesthetic rather than its utilitarian value, has brought the town of Mata Ortiz out of poverty, with most of its population earning income from the industry, directly or indirectly.

Colonia Juárez is a small town in the northern part of the Mexican state of Chihuahua. Colonia Juárez is located in the valley of the Piedras Verdes River on the western edge of the Chihuahuan Desert and beneath the eastern front of the Sierra Madre Occidental. It is roughly 9 miles (14 km) north of Mata Ortiz and 12 miles (19 km) southwest of Nuevo Casas Grandes. The town had a population of 1,035 in 2010. Established in 1886, the colony was named for the Mexican national hero Benito Juarez The colony was one of many colonies in Mexico settled by Mormon pioneers. This colonization was part of the larger LDS campaign to establish the State of Deseret while evading the anti-polygamy Edmunds Act of 1882. Although the town was planned before the end of polygamy, much of its growth in the late 19th century was due to Mormon immigrants leaving Utah and other parts of the U.S. due to their practice of polygamy. In addition, Mormon colonies outside of the U.S. proved financially important to the LDS Church during this time when the U.S. Federal government had confiscated much of Church holdings. There are many descendants of these colonies that have attained prominence in both countries, including Mitt Romney, former governor of Massachusetts. In addition, many leaders of the LDS Church have roots in these colonies.

Cave or Rock Shelter in Chihuahua, Mexico  Valley of The Caves  A Pre-Columbian settlement at a mountain site in northern Chihuahua, Mexico. The Valley of the Caves can be reached from nearby Nuevo Casas Grandes in northern Chihuahua. It contains many archaeological cave sites typical of those spread across the Sierra Madre Occidental. Dwelling remains, potsherds, and stone implements in the Casas Grandes style are abundant. What makes this area unique are two caves in particular, Cueva de la Golondrina (Swallow Cave) and Cueva de la Olla (Cave of the Pot).  Cueva de la Golondrina shows occupation back to 5500 BC, one of the earliest sites in all of Mexico. Cueva de la Olla is distinguished by a two meter diameter by 3.5 meters high granary that resembles a huge pot just within the entrance to the cave. The "olla" is of wattle and daub construction. In addition to the granary, the remains of seven rooms can be seen. Made of adobe, the walls now stand only 150cms high. Occupation was from 950-1060 AD and the site is a fine example of the Mogollon Culture. There are a number of other cave houses, “Window”, “Rincon”, “Corral”, “Slab”, and “Tau”.

Copper Canyon, in northern Mexico, is a series of massive canyons in the Sierra Madre Occidental mountains. Popular for hiking, it gets its name from the copper-green hue of the canyon walls. The famous Chepe (Ferrocarril Barrancas del Cobre) train connects the region via over 80 tunnels and nearly 40 bridges. Divisadero, a photo stop on the line, offers views into Urique Canyon.  Our tours are very affordable as you pay your own expenses and only give me a small amount to cover the cost of the van, insurance, and permits.

Please send me your email at philipskinner47@gmail.com and I will add you to our tour list and you will receive a notice when and where we are going. 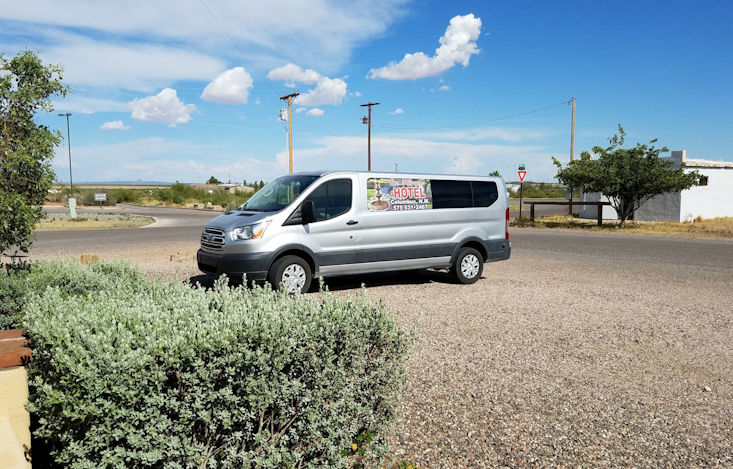 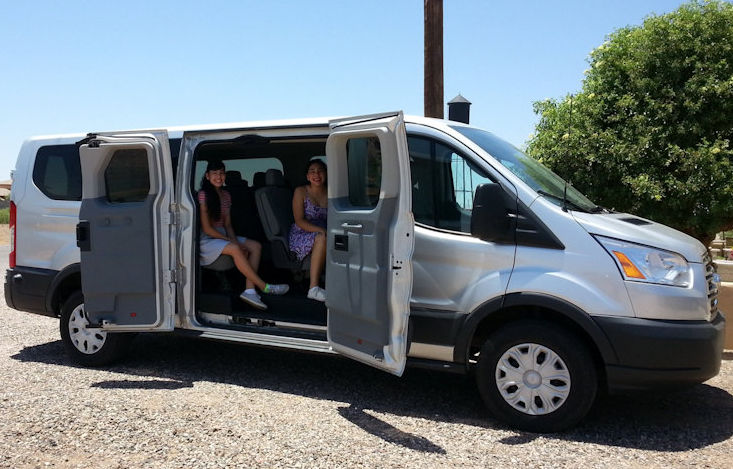 Example of a typical tour

OUR FIRST TOUR OF THE NEW YEAR

TOUR TO THE PAQUIME RUINS AND MATA ORTIZ, MEXICO

Hello, I am planning another tour to the PAQUIME RUINS and MATA ORTIZ and am looking for 8 people who are interested in going. We will be leaving Los Milagros Hotel Saturday morning February 22nd 2020 at 8:00 a.m. and returning Sunday afternoon on February 23rd, 2020 around 6 p.m.

We will have the very unique opportunity to stay at Haceinda El Refugio built in 1904 built by Luis Terrazas, then Governor of the State of Chihuahua. The Hacienda played a small part in the Battle of Casas Grandes one of the first battles of the Mexican Revoulution.We will spend Saturday night at El Refugio located in Old Casas Grandes. You pay for your lodging and meals ($95 for a single and $130 for 2 people sharing a room) the price at the Hacienda includes 3 meals. Because of the age of the Hacienda there will need to be some sharing of bathrooms, but we feel this is worth it to have this experience. We will have lunch there on Saturday, dinner Saturday night and breakfast Sunday morning.. A portion of what you are paying will go to a School/Clinic called La Gaviota in Nuevo Casas Grandes. Hacienda El Refugio is not open to the public and we reached an agreement to support La Gaviota in exchange for the use of El Refugio.

Saturday afternoon after lunch at El Refugio we will visit the Paquime Ruins. After the ruins we will return for Social Hour and dinner at the Hacienda. Sunday morning we will enjoy breakfast at the Hacienda, and then at 9 we are off to Mata Ortiz to visit different potters. Sunday in Mata Ortiz will also include a pottery making demonstration by Master Potter Ana Trillo.  You pay your other expenses and give me $20 for gas. I pay for the van, insurance, permits, plus you get my expert tour guide experience for free. Such a deal!!

Please let me know if you have any questions and please forward this email to anyone you think might be interested in our tours.